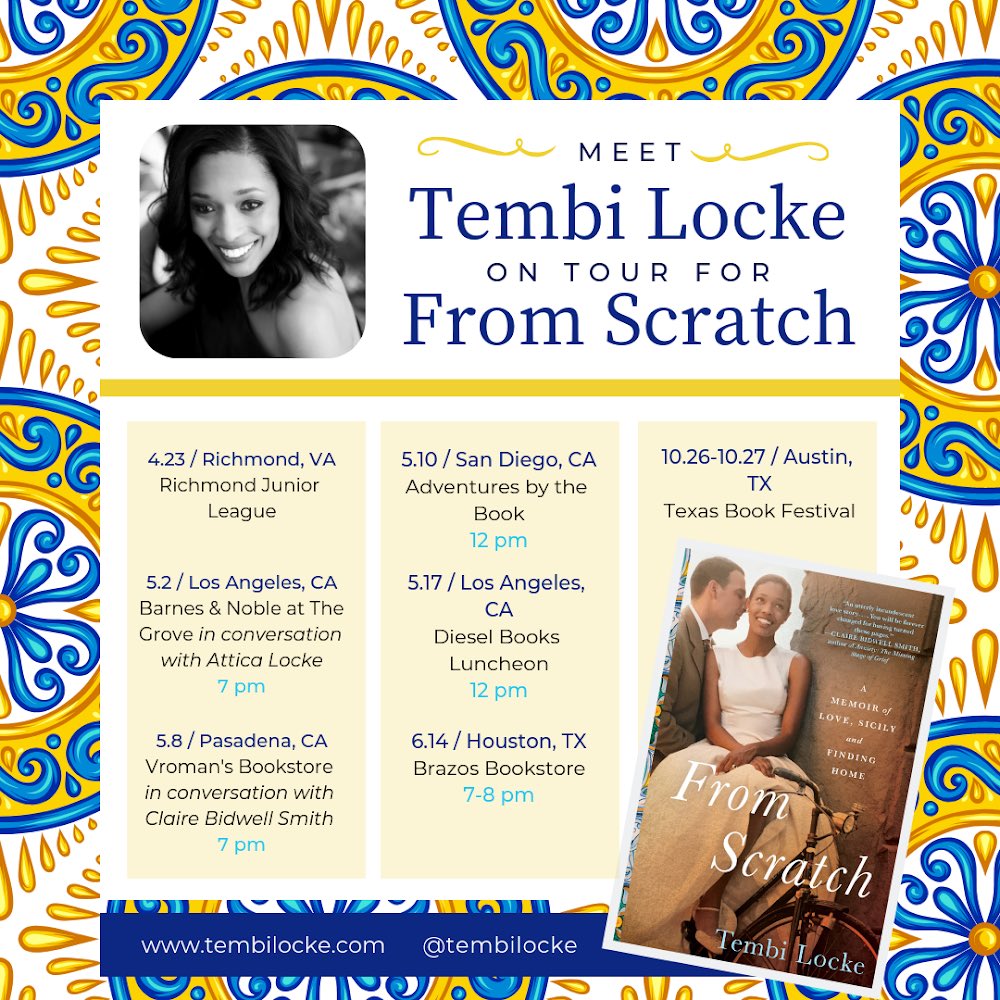 Hope she makes it to New York!

Well, shit, if she's going to be right down the street from me in May, I should probably go check it out. She's been hyping this pretty hard on Facebook.

So Tembi finally announced a New York "signing" a few weeks ago.  She appeared with a few other authors in Bryant Park in Manhattan.  They all wrote books about Italy.  Tembi's husband, who passed away, is from Sicily originally, and so her book is about him, his family, and the village she eventually visited and spent much time in.  She spoke with great vigor and was really very fun.  I told her I was a Sliders fan, and she then explained to her friends that came how the series was so much fun and the fanbase is still so enthusiastic.  Didn't really have a chance to talk further, as everyone, including me, had to run out of the park as a major thunderstorm was bearing down.

Anyhow, I read the book, it's great!  If anyone would like my signed copy, let me know.

I bought a copy of this.