Looks like Jerry will be guest hosting all next week:

Judging by the media, the show is kind of a dumpster fire lately; but maybe Jerry can do something with it.

is there a talk show he has not hosted?

As far as the Universal back lot goes, they did some improvements to the Chandler area after it all burned down.  Below is a photo I took in 2014.  I have some better photos, but they’re on another device. 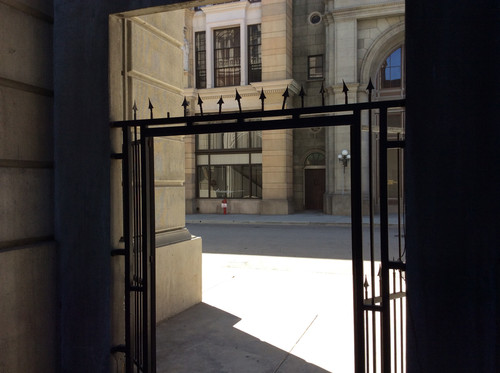 To the right out of the gate is where the Chandler facade used to be, but to the left is a facade that looks like an updated Chandler style.  It’s like someone flipped the blue print for that side of the street and rebuilt in reverse.

It’s also amazing what can be done with a budget and a little effort.  Remember the street scene in season four’s “World Killer” with all the abandoned cars?  That same street is where they filmed the death of Uncle Ben in Andrew Garfield’s Amazing Spider-man.  They also used that same street to film Chris Evans running after the Nazi just after Steve Rogers’s transformation into a super soldier in the first Captain America movie